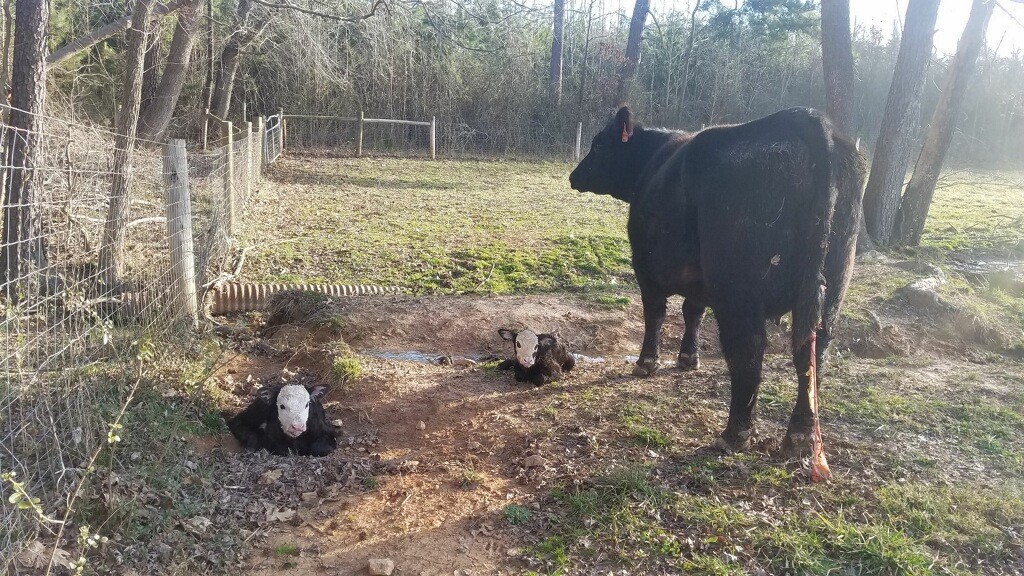 In March 2019, Simply Grazin’ purchased  a heifer (906 Orange) to live on our Baskerville, Virginia farm. She was already pregnant and said to be due in 3 or 4 months, however she never delivered a calf. From there she gave us quite the timeline of events over the last two years and we were almost ready to sell her at auction.

This surprise delivery from Bison was definitely her way of telling us she is not going anywhere, and our bull Ronald has still got it going on- LOL 😊!

We have moved Bison and her two heifers to an area close to the La Crosse barn. This way we can keep a closer eye on them. We want to make sure mom has enough milk to nurse both calves, that both calves are nursing as they should, and we are able to give supplemental milk replacer if needed.

FUN FACT about twins being born on our VA farm:

Last year, the first delivery on our VA farm was also a set of twins!! Those calves have recently been weaned.