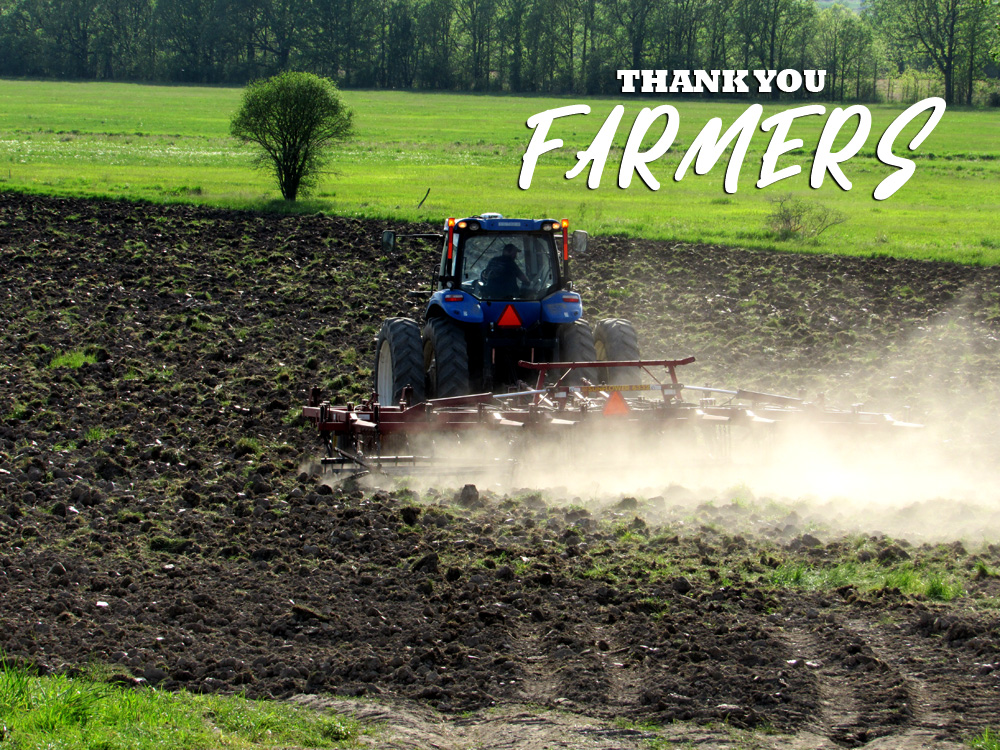 National Farmer’s Day is celebrated on October 12th. It is a day for everyone to acknowledge the hard work that goes into feeding and supplying a nation. The day generally encourages everyone to thank the farmers and ranchers in their lives. Use this day to pay tribute in some way to those who plow, sow, raise, feed, and harvest to provide the food and materials that our country needs to succeed.

According to the website NationalDayCalendar.com, National Farmer’s Day was once called Old Farmer’s Day, and it has deep roots that go back to when agriculture was much more common in everyday life. The date was set to October 12th, because it is after the traditional harvest times of many crops. This date allowed for the farmers themselves to join in the festivities because they would be done with the harvest.

Farming is one of the oldest professions around and agriculture is believed to be one of the world’s oldest industries. The economies of many countries still rest squarely on the shoulders of the agricultural industry.

Before farming, people lived by hunting wild animals and gathering wild plants. When supplies ran out, these hunter-gatherers moved on. Farming began around 12,000 years ago with the domestication of plants and livestock. Farming meant that people did not need to travel to find food. Instead, they began to live in settled communities, and grew crops or raised animals on nearby land.

Farmers have remained one of the highest contributors to economic growth while consistently feeding the people who rely on their goods.

The number of farms in the U.S. has leveled off to about 2.05 million with the vast majority of farms located in the state of Texas. Missouri came in second place amount the leading ten states. Farms today have more acreage, on average—about 444 acres in 2017 versus 155 acres in 1935. Simply Grazin’ farms has been family owned and operated since 1997. Today we have a three state operation, with 14 farms that have a total of 4,022 farming acres.

In 2018, $140 billion worth of American agricultural products were exported. Wheat is Montana’s No. 1 export, with nearly 75 percent sent to Asian markets. Soybeans are another major crop produced in the U.S., and one which has exhibited an upward trend in production volume over the last several years. In 2018, about 14.4 billion bushels of corn for grain were harvested in the United States. Currently, the US exports between 10 and 20 percent of its annual corn production; making it the world’s largest corn producer. Talk about the importance of farmers!

These employment and export numbers prove that farmers strengthen the global economy.

Farmers work hard every day to keep plenty of crops and animal products in the market to help feed the world, and they are responsible for more than just our food. Did you know, Arizona cotton farms produce enough top-grade cotton annually to make one pair of jeans for every single American? And, America’s top wool producing states include Texas, California, Wyoming, Colorado and Utah. So, if you have cotton jeans and tee-shirts, or cozy wool sweaters in your wardrobe you can thank a farmer!

Farming developed independently all over the globe. Whether they are farming rice, wheat, bananas, almonds, soy or livestock, farmers are working tirelessly everyday to feed, cloth and supply the world with essential goods.

On this National Farmer’s Day and every day, we’re proud to salute our nation’s farmers and ranchers for all of the reasons they make our lives better.