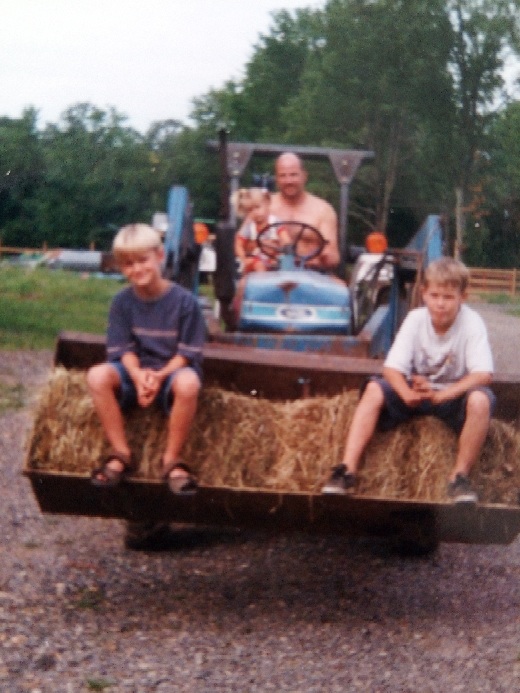 Sometimes you can’t help but feel the nostalgia when looking through old photos. It takes you back to a time in your life that may have otherwise been forgotten if not for that snapshot. You see yourself or your loved ones as they once were. And, there’s just something so authentic about old photos. Partly because they they were taken when you only had so many shots on your film, and they were taken before digital cameras and phones gave us all the ability to tell on the spot if a retake was needed because it came out blurry, or someone had blinked.

Here’s one of those nostalgic photos for us! As our found Mark Faille said, “Here’s one from back when Dylan and Matt worked for free.”

Photo taken in 1999 of founder Mark Faille, with his daughter Stacie Faille on his lap, his son Dylan Faille and Matt Devlin sitting on the bucket. This was Mark’s second tractor a 1984 ford 2120.